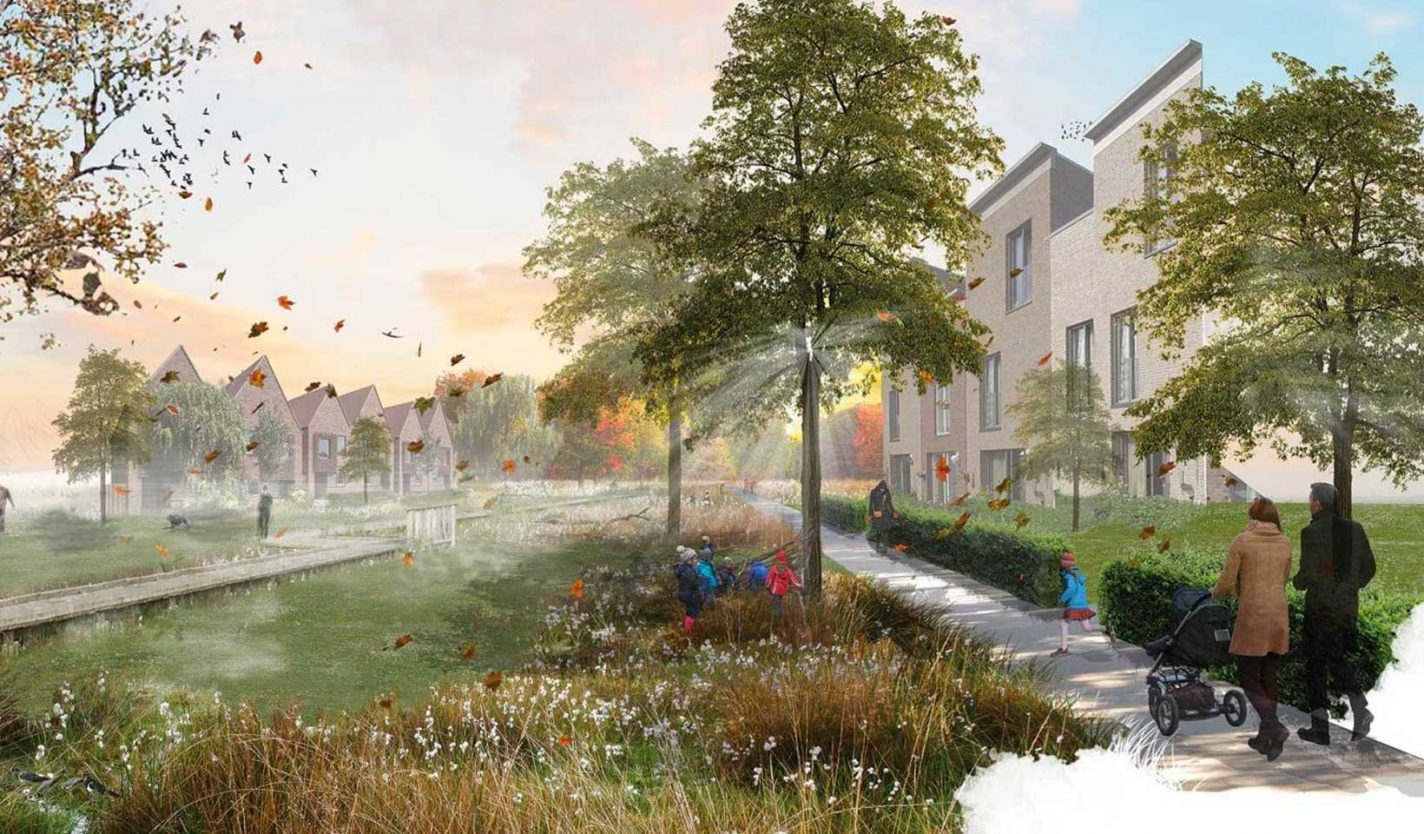 The application for Wintringham – part of the Eastern Expansion plans for St Neots – was submitted jointly by Urban&Civic and trusts associated with Nuffield College, Oxford.

The site is established as a location for development in Huntingdonshire’s Adopted Core Strategy (2009) and is part of the St Neots Eastern Expansion Urban Design Framework (2010).

The proposed extension, includes, up to 2,800 new homes, two new primary schools, health facilities and 63,000 sq metres of new employment space.  The application was submitted on 30th October 2017, meaning determination took place within 20 weeks.  Terms have already been agreed for the first housebuilder to start work on the project, under Urban&Civic’s bespoke Master Developer licence model, and an application for the early infrastructure was also approved last night. The target for first occupations is by the end of 2019.

Commenting on the outcome, Nigel Hugill, CEO of Urban&Civic said;
“Last night’s decision demonstrates exactly what can be achieved when a Master Developer and a committed Local Authority work positively together.  The application, including almost 3,000 new homes, was determined within 20 weeks. In thirty years of large scale development, I have never known a new strategic application being determined so expeditiously, which is testament to the work of the Design and Project Team, and the constructive relationships we have built up with our statutory partners, the planning authorities and with local communities.”

Tim Leathes, Development Director for the Wintringham project, added:
“We are committed to bringing forward Wintringham as a high quality place to live and work, and as an exciting gateway to the East of the dynamic town of St Neots. We will continue to work with the District and Town Council, and local residents and partners as we bring forward this application into detailed design and delivery, and we will work them to minimise the impacts and maximise the benefits this development can bring the wider area.

“At Urban&Civic we care passionately about the quality and timely delivery of key facilities – such as schools and health centres – alongside much-needed homes, local jobs and quality green space for people and nature to enjoy. We will bring those aspects forward in each phase of development, and look forward to working with our neighbouring communities to ensure that local people can benefit from our early investment in facilities.”

Additional information on the Application and site history

The site is established as a location for development in Huntingdonshire’s Adopted Core Strategy (2009) and is part of the St Neots Eastern Expansion Urban Design Framework (2010).  In 2013, it was subject to a planning application by a former consortium, which was refused and subsequently appealed.  The appeal was withdrawn in May 2017 and the consortium disbanded. Since then Urban&Civic has bought into the landowning partnership alongside long term owners, the Nuffield Trusts, and been appointed Development Manager. The team has been working through the feedback by and with statutory partners, local groups and residents to evolve the proposals and develop an aspirational vision which draws extensively on the historic brooks that cross the site, the connections with St Neots, Loves Farm and the surrounding area, and puts green space at the heart of the design.